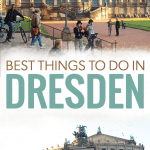 Dresden is quite possibly my favorite place in Germany.  (Don’t tell Munich I said that.) Thanks to it’s past as part of Saxony, East Germany, and then reunited into Germany it has wildly varying and interesting architecture. Every step in the city is a step back to a different point in the past.

It’s also rich with museums and cultural sites and some of the best food you can find. It also has gorgeous Christmas markets in the winter and perfect cafe-sitting weather in the summer. I’m partial to fall though, the season when I visited last. The light is perfect in the late evening for taking photos and the crisp air is the perfect temperature with a light jacket.

And there’s never a boring day. There’s so many things to do in the city. It’s hard to know where to get started, so I’ve put together a list for you, but know this is only scratching the surface!

The Best Things to do in Dresden 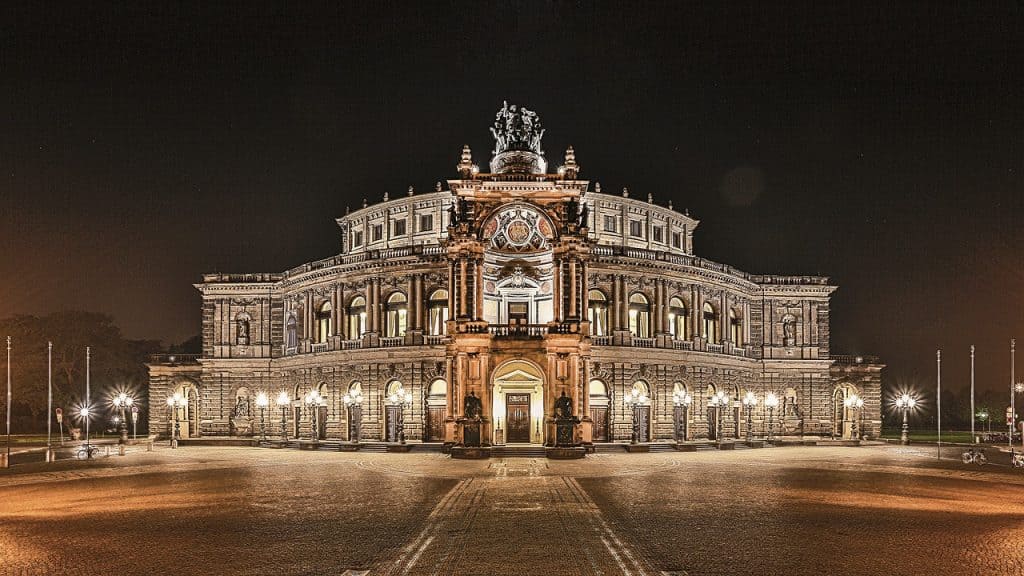 Semperoper – the state opera and concert hall for Saxony, the Semperoper is grand in scale and architecture. You can catch a show while you’re in town in the same spot where Wagner and other greats premiered their own works, or simply appreciate the baroque architecture that is unique to Dresden – the building is considered the epitome.

Military History Museum Dresden – One of the largest and most impressive collections in the world, the Miltiary History Museum in Dresden is a must for military history lovers. The museum covers the wide expanse of Germany’s military history, and pulls no punches while reflecting on the darker corners of Germany’s past. The museum is split into two, with one side of the museum exploring history in a traditional chronological fashion and the other looking at themes throughout history. The museum has a series of rotating exhibits, lectures and even art performances.

The Green Vault – One of the oldest museum’s in the world, the Green Vault contains treasures collected from around the world. The primary focus is on jewels and goldsmithing, with everything from decorative art to jewelry on display. 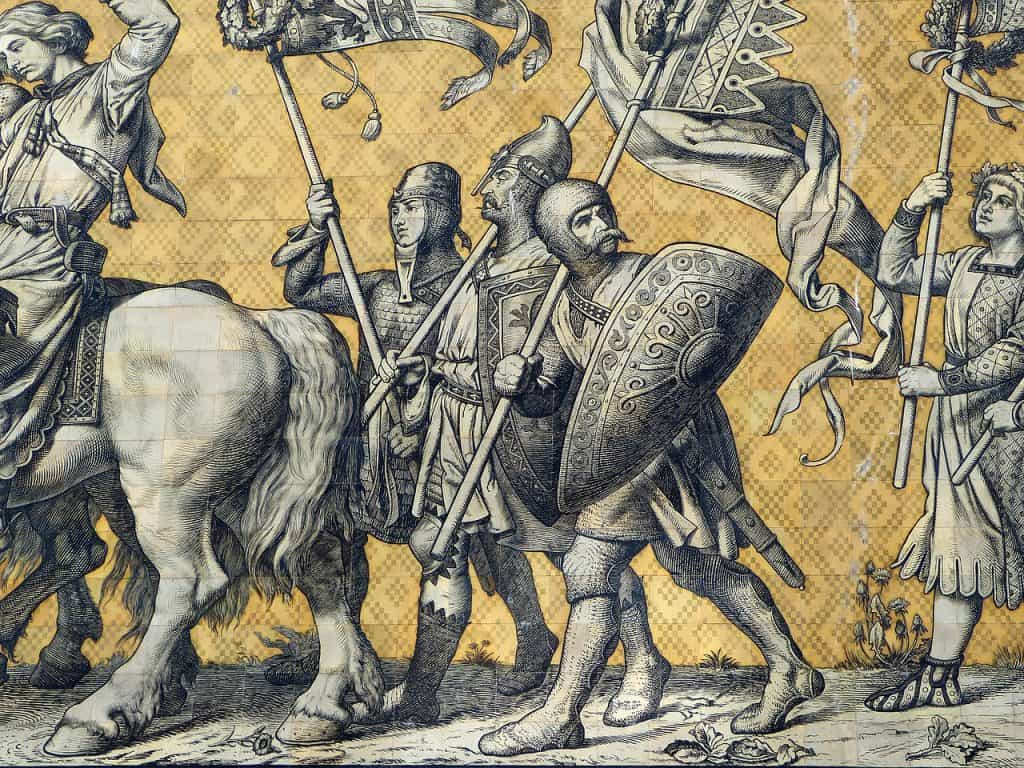 Procession of Princes – A giant mural in Dresden’s core depicts the leaders of Saxony, the region in which Dresden resides. The artwork is beautiful and the scale of the work is overwhelming. Go early in the morning to avoid crowds. 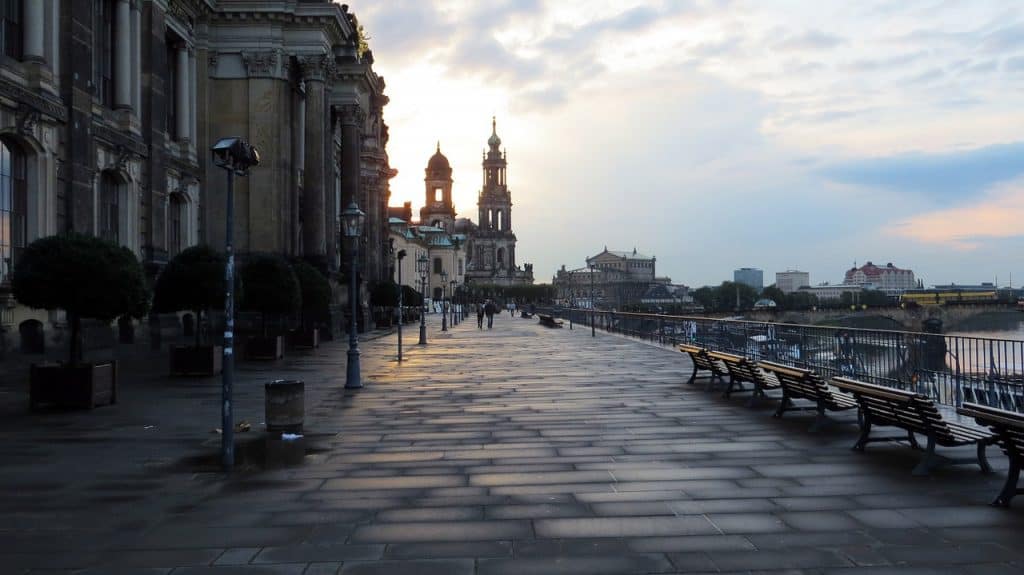 Bruhl’s Terrace – Sometimes referred to as “The Balcony of Europe” the terrace extends along the Elbe River just on the edge of the inner city. The architecture is stunning and the opportunity for postcard perfect pictures is endless. It’s also a great opportunity to people watch or just spend some time relaxing. 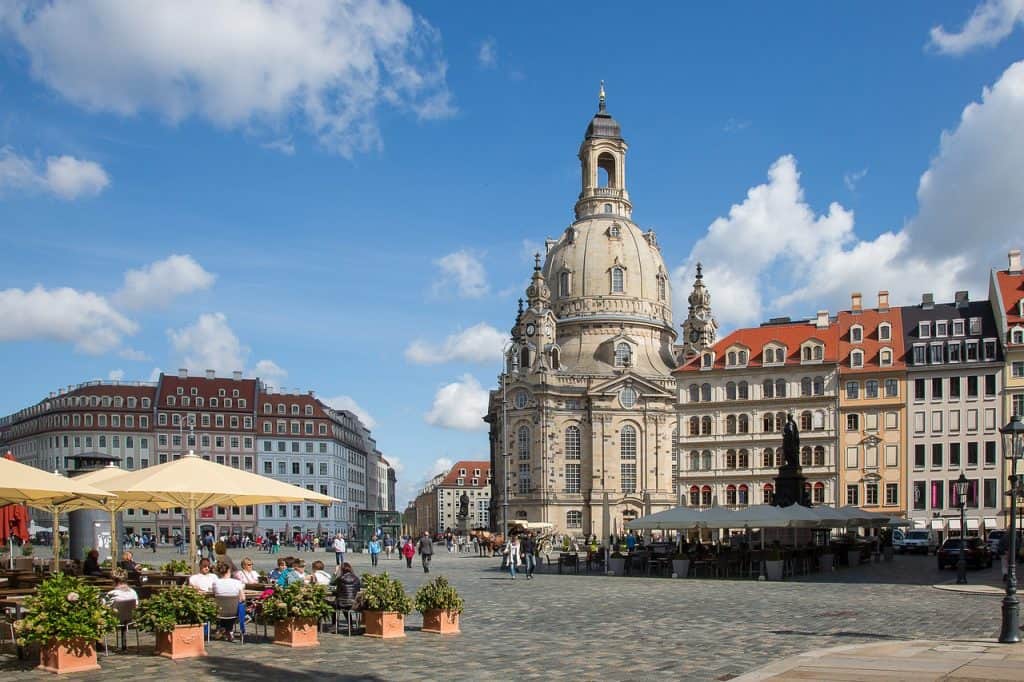 Frauenkirche – The Frauenkirche was almost completely obliterated during WWII due to the extensive bombing of downtown Dresden. Locals painstakingly picked up the pieces of the church and assembled them into storage, where the remains of the church stayed for many years. Eventually a movement to return the church to its original glory began, and the church was reassembled piece by piece. Looking at the church today its possible to see the meshing of the old and new, and it stands as a symbol of Dresden’s resurrection after WWII.

Take a Bus Tour – The hop on/hop off bus tour is a great way to get an overview of the city. Dresden’s architecture and neighborhoods are all wildly different, from the rebuilt baroque and rococo center, to the cold war era apartment blocks, to the grand homes of Dresden’s bourgeosie. The tour was also a great way to pick up ideas for places we wanted to see over the course of our trip and note things that we thought would be too far out of the way or potentially not worth it upon closer inspection. 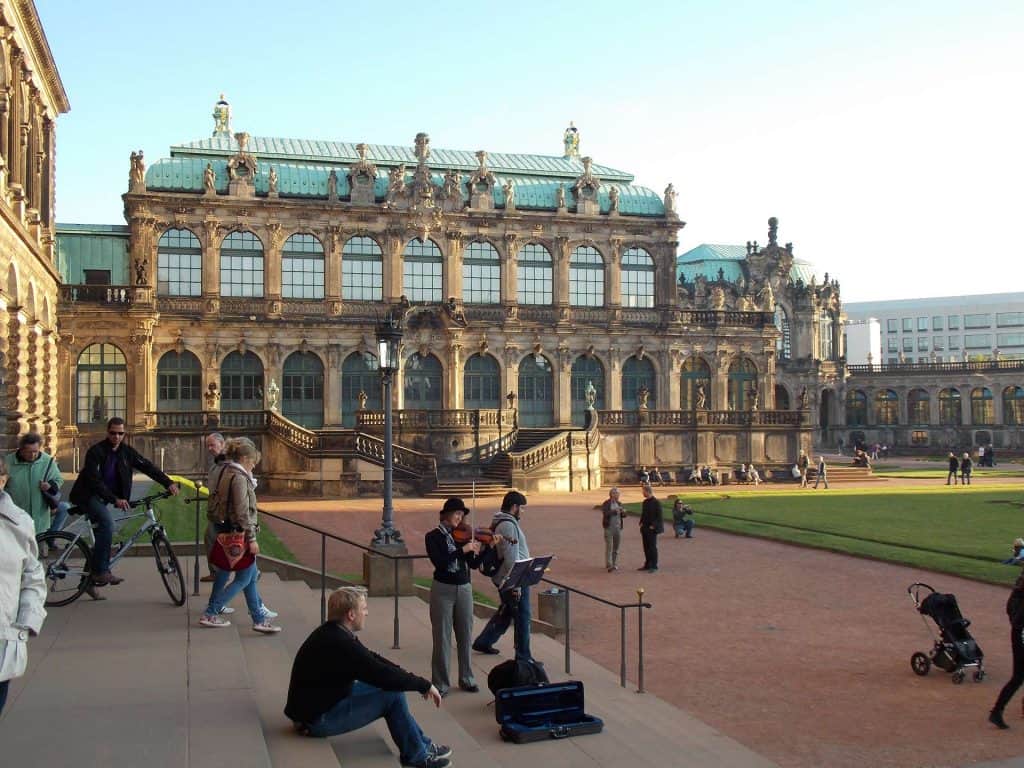 Zwinger – The Zwinger is in my opinion one of the best things to do in Dresden, not only is there lots of culture and arts here but the people watching is amazing as well. The historic playground of the ruling families of Saxony, the grounds of the Zwinger and its garden serve as a great place for photos, relaxation or even a picnic. You’ll find the courtyards full of tourists and locals meandering through the gardens and chatting with friends. The Zwinger is also a museum complex, and features the Old Masters Art Museum. The grounds felt like a trip back in time, even with all the modern hustle and bustle and the unique juxtaposition of the baroque architecture with modern buildings peaking up just above the tops of the buildings of the Zwinger made it a particularly unique place to experience Dresden.

Dresden Castle  – the historic home of the ruling families of Dresden for hundreds of years, the castle offers a trip back in time through Dresden’s history. The castle also contains five museums from the Green Vault to the Armory and Turkish cabinet which features weaponry as well as Ottoman art.

Have thoughts on other things to do in Dresden? Let me know in the comments!

Tags: dresden, saxony, things to do in, Travel Guide

The Best Things to Do in Munich Germany