Please note this post may contain affiliate links. This means if you click through my links and make a purchase, I may receive a commision. For more details, read the privacy and disclosure. 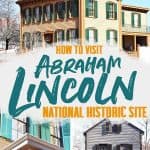 Perhaps the most famous president in US history after George Washington, Abraham Lincoln has ties to several states in the US, but none more deep than his ties to Illinois. While he was born in a log cabin in Kentucky, Lincoln spent the majority of his adult life living and working in Illinois.

In fact the only home he ever personally owned is located in Illinois. It’s a National Park run by the NPS called the “Lincoln Home National Historic Site”. The Park Service has preserved not only Lincoln’s home but the homes on the surrounding blocks, giving a snapshot view of life in Illinois during the mid-19th century.

After his assassination and death, Lincoln’s body was returned to Illinois and buried in Springfield, IL. The same city he had called home for several decades. His grave is also a landmark, visited by thousands every year. 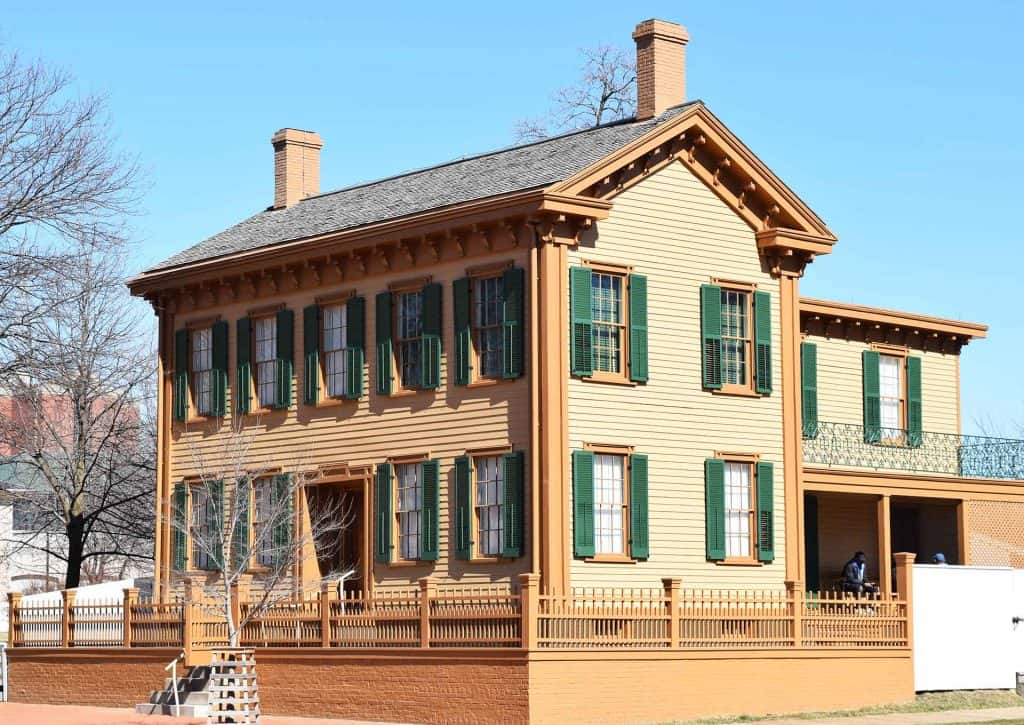 The Lincoln Home is located downtown in Springfield, Illinois, the capital city. Chicago, St. Louis and Indianapolis are all a few hours away and could be easy jump off points for a Lincoln weekend or a long day trip.

There is parking in a lot directly outside the park which is payable by the hour for a few dollars. It’s the most convenient place to park to reach the site but there are other paid parking lots and street parking in the local area. While visitors can wander the grounds of the historic site without a guide, touring the Lincoln home requires a guided tour by a park ranger. The tours are free but do require obtaining a ticket from the visitor’s center.

Depending on the number of visitors, you may have to wait a couple of hours to get in. The folks at the visitors desk suggested getting a ticket and then wandering the grounds and watching a movie in the center to get more background before taking the tour. 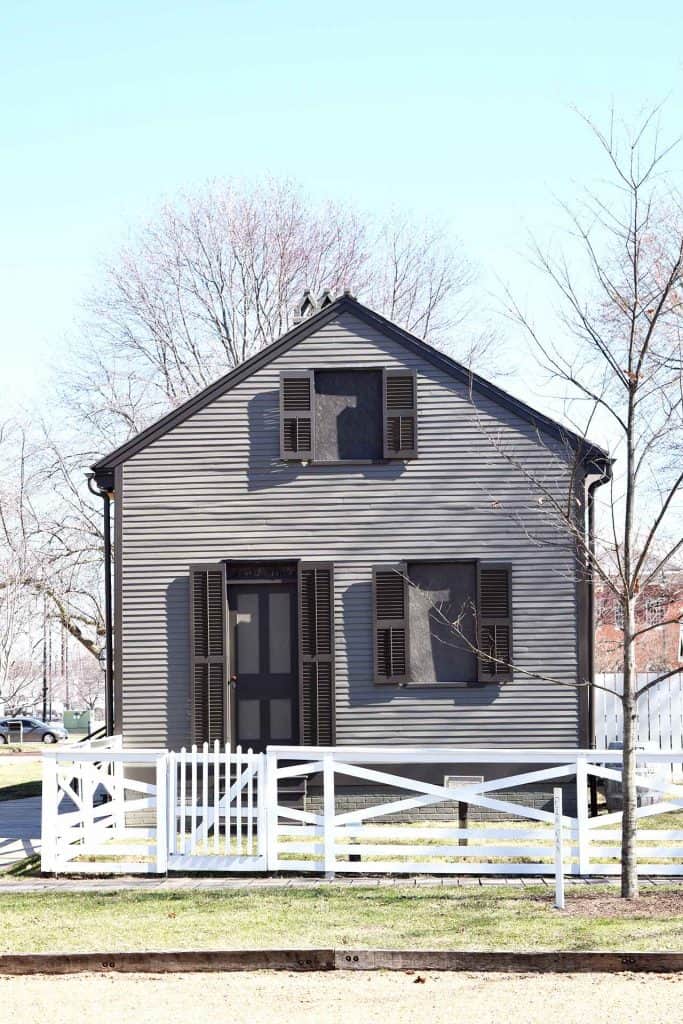 LIncoln moved to Springfield after becoming a lawyer. He worked at various law firms in the city, most notably William Herndon’s who he opened a practice with in downtown Springfield.

He would continue to live in Springfield until his eventual successful run for the presidency.

The homes of the historic site are beautifully preserved, with paint that looks like it might have been applied just days before and freshly mowed lawns. The homes themselves only bely their age with the creak of floorboards under your feet and the comparatively small nature of the rooms to today’s standard.

Each home features an exhibit on the family or families that lived there during Lincoln’s time and focus on that family or individual’s connection to the Lincoln family. 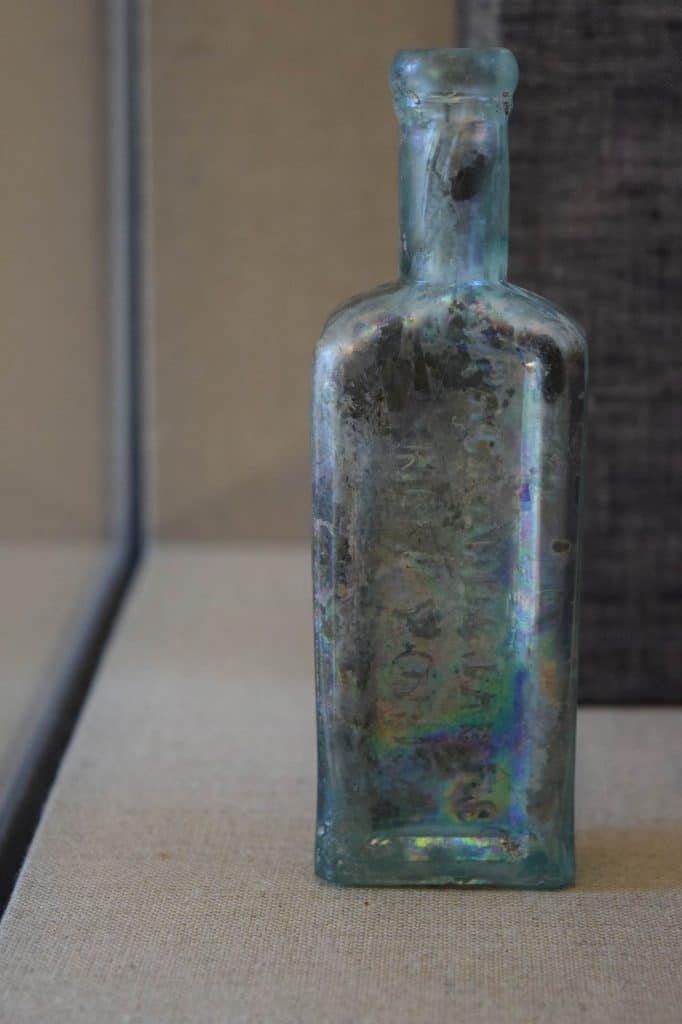 There were also great examples on exhibit from when the homes had been archaeologically investigated or pieces preserved from the homes when they were preserved. Like this wallpaper from the Lincoln home: 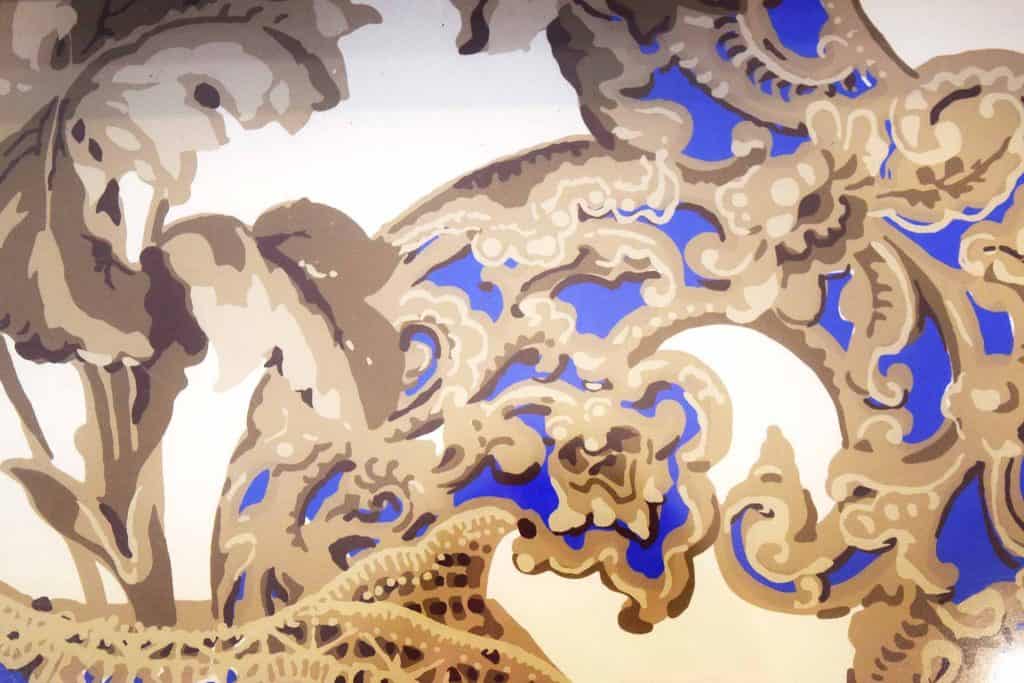 There’s a meeting point just outside the home with benches for those with tickets for the next tour to wait. The park ranger will meet you there and give you an overview of the rules and the house before you head inside.

Once inside you’ll get a tour of the various rooms in the house and background on the building of the home, furniture and decorative art, as well as what life in the home would have been like for the Lincoln family. The tour is informative and covers the highlights of Lincoln’s life in Springfield. 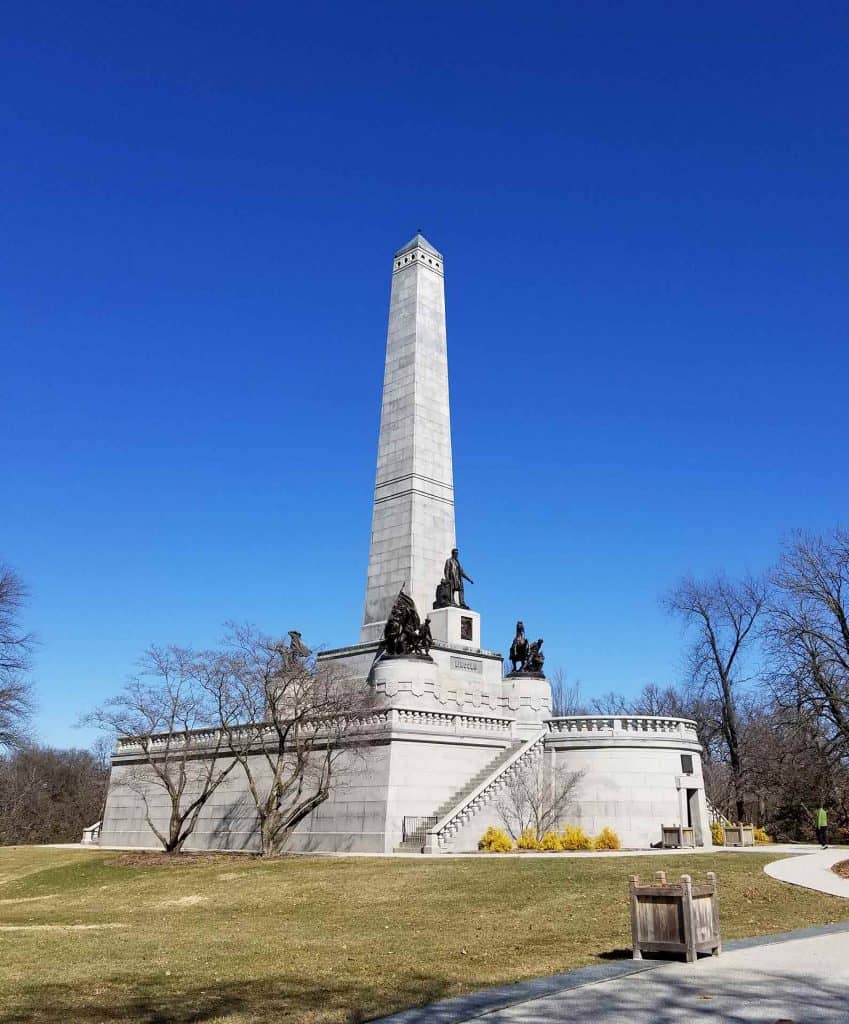 When Lincoln was assassinated, the nation and the world were brought to their knees from the shock. The Civil War had only just come to a close, and wounds still fresh, John Wilkes Booth had shattered hopes for peaceful transition.

Lincoln had run and governed on a platform of being an “everyman” and in his death, many felt they had lost a friend and community member. The numerous newspaper articles, letters and reflections still preserved talk about the heartbreak and anger mourners had felt when they learned of his passing.

I was lucky enough to help contribute work to a Ford’s Theatre project, Remembering Lincoln, a few years back that tracked public reaction to his death. If you’re a fan of Lincoln or even just a history fan, I recommend reading through some of the material there.

In addition to local memorial services around the country and time lying in state, Lincoln’s body also went on an unprecedented train tour of the United States on its return to Springfield for burial. Tracking through cities like Cleveland and Indianapolis before finally arriving in Springfield for the funeral. 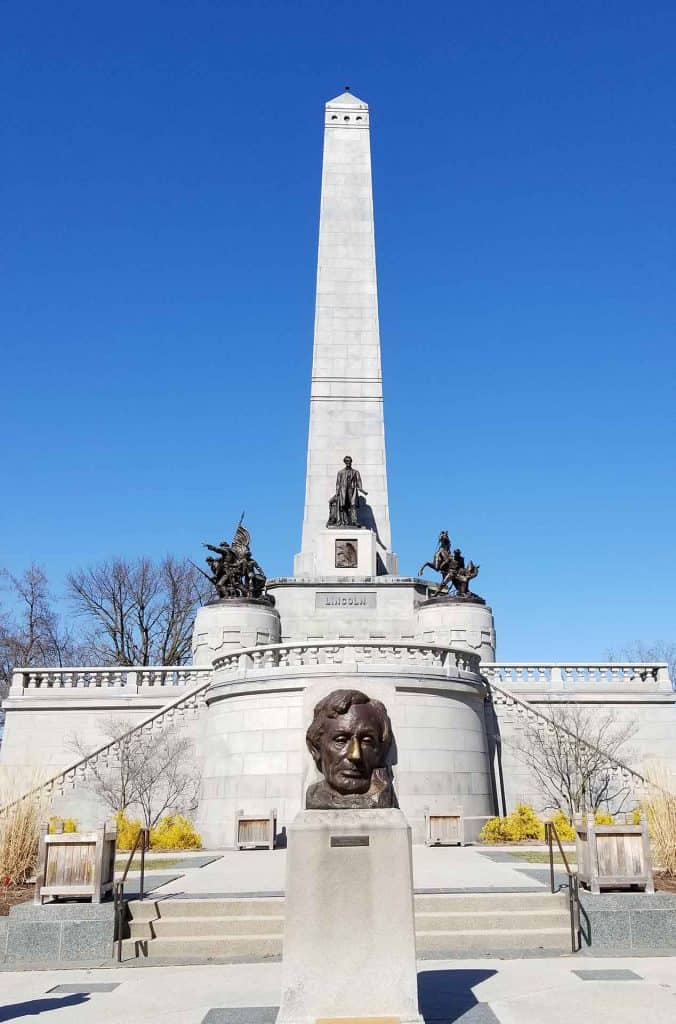 Although he was buried in Springfield after the funeral, it would not be his final resting place. Fears of grave robbers and a need to move the body to a more secure location resulted in Lincoln’s body being exhumed and moved on more than one occasion. The final reburial, at the request of Lincoln’s son, Robert Todd Lincoln, was below 10 feet of concrete in a vault to ensure Lincoln would not be disturbed again.

Those that attended the exhumation and reburial in 1901 noted that while the American flag that lay on top of his body was disintegrating, Lincoln looked as though he’d just fallen asleep the day before. The scientific explanation is likely that Lincoln’s body was preserved (and re-preserved) so heavily on the train ride from D.C. to Springfield that it preserved his body for much longer than usual. 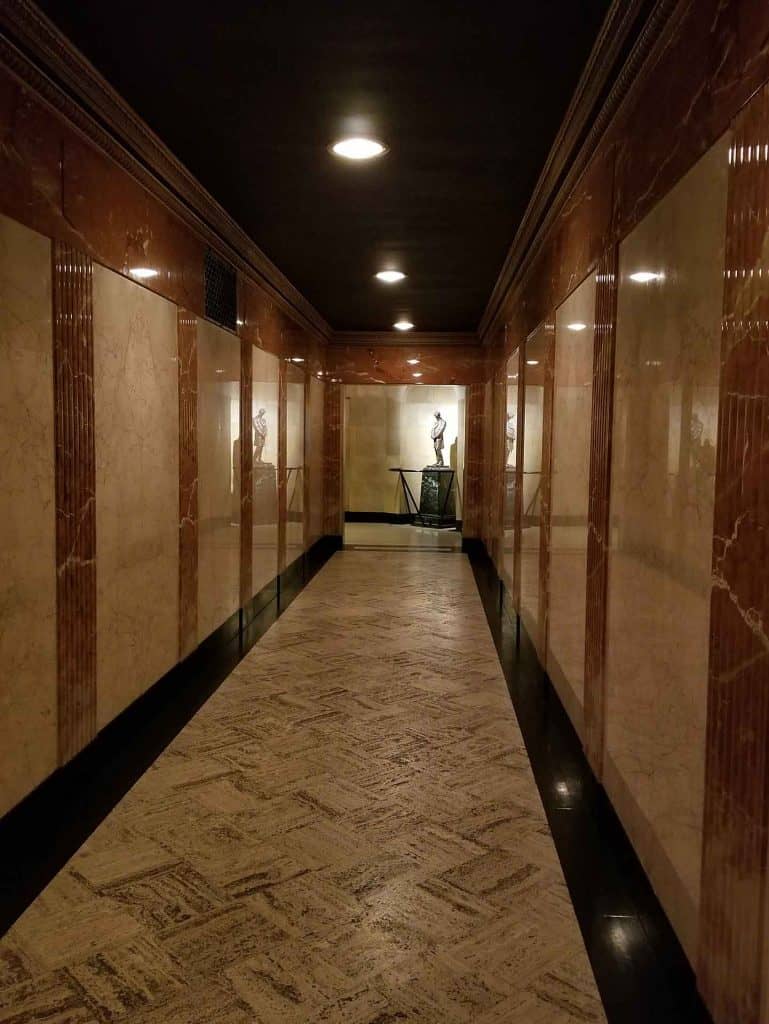 Lincoln and his family now lie in a monumental family tomb, buried under several feet of concrete. The tomb was created by a group of people brought together around the idea of building a tomb and monument worthy of Lincoln’s life. They raised money through donations from individuals and businesses.

Visitors can descend into the halls of the tomb, where statues depicting various points of Lincoln’s life dot the corners. The lighting in the tomb is dramatic, and it’s hard not to feel somber and reflective. 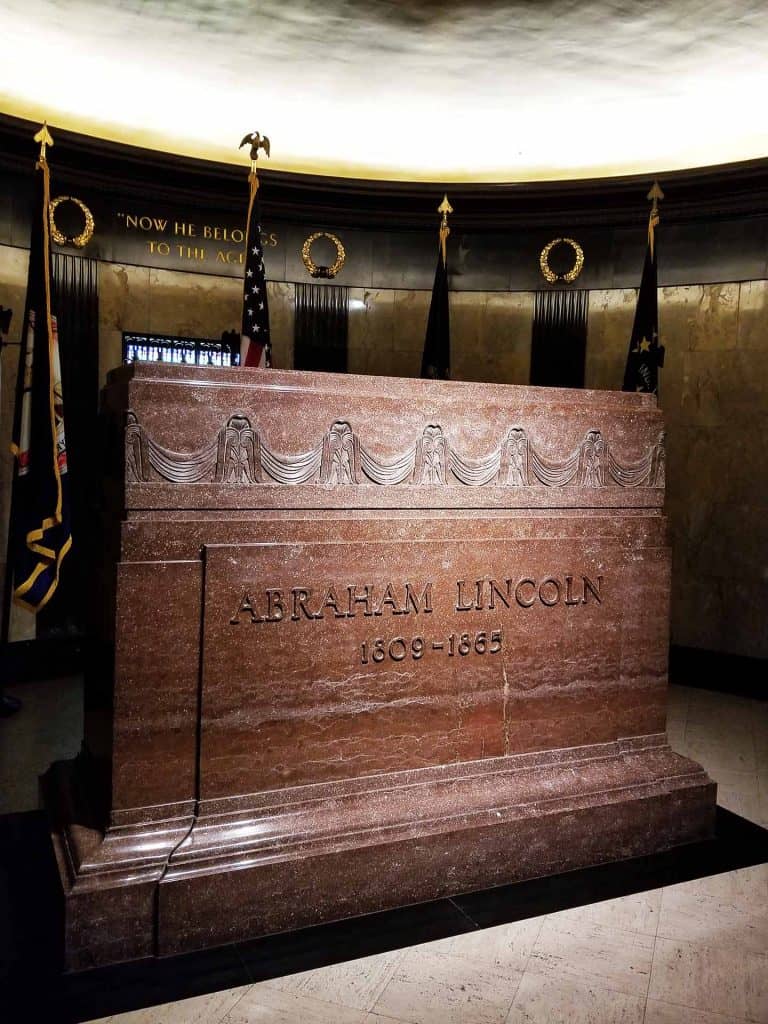 How to Get There

If you’re traveling from the National Historic Site you can follow the route below. It’s a very short drive, and there are numerous signs pointing the way.

Other Lincoln Sites in Springfield:

If you just can’t get enough of Abraham Lincoln and you’re looking for more places besides the Lincoln Home National Historic Site (or you want to make a Lincoln weekend out of it) don’t worry! The Abraham Lincoln Presidential Library and Museum is also located in the city as is his law firm, Lincoln-Herndon Law Offices, which is a state historic site. (Currently the law offices are closed for renovation, but you can peek in the windows and get a photo of the sign outside).

Have you visited any of these Lincoln sites?