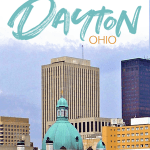 Dayton is a rather unassuming city in Ohio. The city’s claim to fame is the Wright Brothers, who called Dayton home while they developed the first heavier than air plane. During WWI, Wright Field, which would become Wright Patterson Air Force Base was established and the base flourished to become one of the biggest in the United States, making the city a hub for the military and research. Dayton is also a major crossroads as I-70 and I-75 connect just north of the city, making it a common stop for roadtrippers and also a place yours truly has called home more than once.

Admittedly on the surface it seems like any other midwestern town, and in some ways it is. But the city has a unique history, particularly in aviation that attracted many of the most famous names in the world over the years. Home to several colleges and the base, Dayton isn’t a stranger to out of towners and does it’s best to keep everyone entertained with a busy cultural scene, and plenty of activities for adults and kids alike.

So whether you’re an aviation geek headed to Dayton with a purpose in mind, in town for the weekend looking for things to do or just passing through on a road trip – I’ve got you covered with a great list of things to do in Dayton choose from.

Things to Do in Dayton 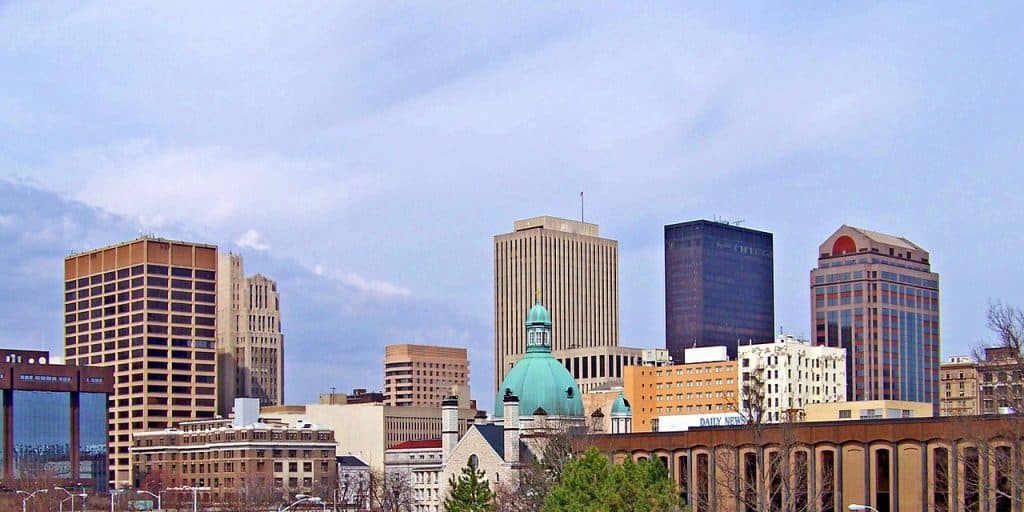 It’s impossible to talk about things to do in Dayton without addressing the city’s aviation heritage. It not only put Dayton on the map but has kept it there for over 100 years (I don’t care what you say North Carolina!). Even if aviation history isn’t your thing, you’ll likely still find something to enjoy at one of the area’s local museums or historic sites.

If you’re an aviation history geek like me and you haven’t been to Dayton, this absolutely needs to be the next stop on your bucket list and not just because of the Wright Brothers.

Quite possibly the best air force museum in the world, the National Museum of the United States Air Force boasts a massive collection of US and foreign air force planes, uniforms and weapons as well as a space and missile collection, an array of U.S. presidential planes and a research and development condition.

The museum extends over four large hangars, the most recent opened only a few years ago. Exhibits begin with the invention of flight, covering balloons, zeppelins and the Wright Brothers and other inventors’ accomplishments and extends all the way through modern day manned and unmanned flight and space exploration.

Two large galleries cover WWI and WWII extensively and are some of the most popular exhibits in the museum. The newest wing allows visitors to walk through the space shuttle trainer as well as presidential planes belonging to Roosevelt, Eisenhower, JFK and more.

Plan to spend a solid day venturing through this museum and make sure you wear comfortable shoes. Museum admission is free and there are guided tours available. The museum is wildly popular with school children and aviation geeks, hosting over 1 million people annually. Come prepared to face some crowds!  Also note that the museum is on an active military base which means you’ll have to pass through armed safety check points to get in, carry small bags and have them checked upon entry.

Tucked inside the massive National Museum of the United States Air Force is the smaller, but still impressive, National Aviation Hall of Fame. Honoring the pioneers, heroes and daredevils of aviation history the hall of fame outlines some of the most famous names in American history. It’s worth a stop on your tour of the larger museum.

It’s no secret that the Wright Brothers made their home in Dayton, as half the places in Dayton are named after the famous brothers. The Dayton Aviation National Park gives the story behind their lives, from their humble beginnings as bicycle repair men to the international sensations that mastered heavier-than-air flight.

A National Park Service park, the park contains the Wright Brothers bicycle shop and an interpretive center with exhibits on the brother’s lives. Guided tours are available.

Huffman Prairie Flying Field was the outdoor laboratory of the Wright Brothers during their quest for heavier than air flight. They tested a host of planes in the prairie field, and now the site features an interpretive center where visitors can learn more about the famous brothers and their scientific quest for glory.

The flagship of the Dayton History collective, Carillon historical park covers the history of the city of Dayton and many of it’s famous residents like the Wright Brothers.  The main visitor’s center has interpretive exhibits on the history, and the larger park contains preserved historic homes that visitors can explore.

Guided tours are available, and visitors can also sign up for tours that will take them to other historic sites around the city.

As part of the historical park at Carillon, a working historically inspired brewery cooks up food and beer for willing visitors. The brewery does it’s best to stay true to historic beer making principles, and the staff serve in historic costume. The food served is “European comfort food” – dishes inspired by the food that early immigrants to Dayton would have served up on their own dining room tables. If you’re looking more to do more than just explore exhibits, this restaurant gives guests the chance to recreate history for dinner (and drinks!).

Dayton’s Art Museum is smaller than some of its counterparts in bigger cities, but is known for being kid-friendly and having an excellent lineup of fresh exhibits. The museum also houses some greats in its permanent collection including Degas, O’Keefe and Chihuly. The Institute is also home to regular festivals, like the beloved Dayton Oktoberfest.

The Boonshoft Museum of Discovery is a natural history museum created with children in mind. With exhibits on animals, plans, geology, anthropology and astronomy – your kids will have a host of scientific adventures to go on at the Museum. There are dozens of events, classes, and activities that are put on by the Boonshoft, so you should definitely check out their events listings before planning a visit to make sure you don’t miss anything!

Sunwatch Indian Village, part of the Boonshoft Museum network, is a recreated Fort Ancient Indian village and archaeological park. Visitors can learn about the local area’s former inhabitants, lifeways, and more, as well as get a healthy dose of education on Dayton archaeology.

Located in an original Packard dealership building, America’s Packard Museum interprets the history of the Packard car with dozens of the vehicles on display. While the museum is popular with car collectors the art deco-ish showroom and throw-back feel of the museum make it a fun adventure for even the average car lover.

Locals know this park well as it’s one of the most picturesque locations in the local area and a frequent stop for senior and wedding pictures. But there’s so much more at the park than aesthetically pleasing scenery. The park has 2.5 miles of easy walking trails, a visitors education center and a butterfly house. Those with kids (or those just embracing their inner kid) can check out the tree tower and the maze. Check out the current events at the arboretum as there’s often an interesting workshop or educational training going on.

Riverscape is famous for its massive fountain installation which can be seen from a distance, and for the fact that it frequently hosts the city’s major festivals and events. During the summer you can find midday food trucks, kayakers headed down the river and kids splashing through the interactive fountains. During the winter, the park features a ice skating rink and features lessons on ice skating, curling and even broomball.

Wergerzyn Gardens is packed with things to do, whether you want to bike down the trail, explore the beauty of the formal gardens or take your kids to the discovery garden to inspire them to explore gardening for themselves – it’s all possible in Wergerzyn.  The gardens also have regular activities that visitors can sign up for – from learning more about gardening to crafting beautiful decorative art.

Aullwood is a beautiful environmental education center that focuses on conservation and sustainable agriculture. Most kids growing up in Dayton have fond memories of taking trips here with their school or visiting one of the festivals held here year round – check out Apple Fest if you happen to be in the area in the fall!

Other Things to Do Around Dayton

You might be wondering why a cemetery is on the list of things to do in Dayton, and I don’t necessarily fault you for that. But trust me, it’s worth a visit.. While there are some famous folks buried here (the Wrights have a surprisingly unassuming lot among others), the cemetery is also one of the highest points in the city and therefore has some beautiful overlooks.  Plus as an arboretum, the historic cemetery is beautiful in a quiet somber sort of way.

Technically Yellow Springs is its own city – and happily so. But if you’re in the Dayton area, you don’t want to miss a chance to visit Yellow Springs. It’s home to Antioch College, a small liberal arts school that’s had its share of famous attendees including Coretta Scott King and John Lithgow. It has a distinctly hippie vibe – tie dye is common and shoes are optional. There’s lots of opportunities to go hiking at nearby Glen Helen Nature Preserve or John Bryant State Park, and HaHa pizza is a local institution.

And last, but certainly not least, Young’s Jersey Dairy. A working Dairy Farm the restaurant here serves up fresh farm food and some of the best hyper-local ice cream you’ve ever tasted in your life. It is a local institution, and visiting is a right of passage for kids in the area. It’s the epitome of farm-to-table, before that was ever a thing. You can walk outside and across the parking lot to meet the resident cows and feed a few goats. It’s one of my favorite places to take people visiting in town. Just be aware that weekends in the summer are wildly busy. You’ll want to be prepared to wait in line (but it is definitely worth it!).

Best Things to Do in Cincinnati for Adults