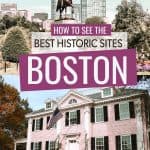 Boston is a city that’s steeped in American history from the Colonial period through the formation of the country during the Revolutionary War to being the birthplace of one of the most famous presidents in American history. This guide to historic sites in Boston will help you plan your next trip to the city (and will make you a hit with the history buffs in your family!) 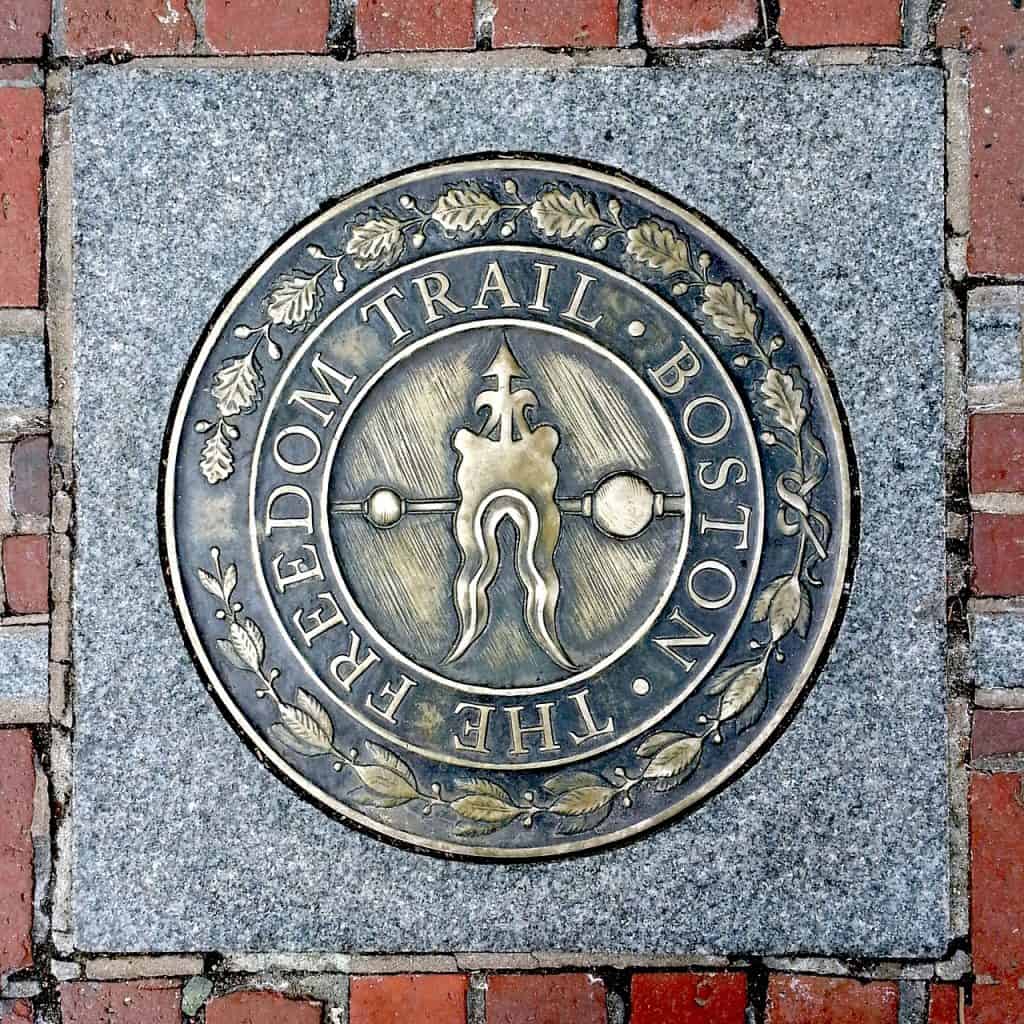 The Boston Freedom trail is a group of 16 different sites winding throughout downtown Boston that feature some of the most momentous history the city has to offer. Visitors can follow the trail by looking for the starting marker and following the freedom trail marker throughout the city. If you’re looking to spend an afternoon wandering the historic streets of Boston, the trail is a great place to get started.

The trail is run as a part of the Boston National Historical Park, which is overseen by the National Park Service. Visitors can access a list of information about the trail and various sites on the trail on the NPS website including fees, seasonal schedules and timetables for tours as well as maps.

Run by the National Park Service, the Boston African American National Historic Site is located in the Beacon Hill neighborhood of Boston. It was here in the 1800s that the African American community led the fight against slavery.

Much like the Freedom Trail, the Black Heritage Trail guides visitors through neighborhoods and historic sites that were important to African American history in Boston. Part of the Boston African American National Historic Site,the trail includes an early 19th century black church and sites of famous Frederick Douglass speeches. Ranger led tours are available seasonally for those who want to learn more about the history of the African American community in Boston, but visitors can also take self guided tours. 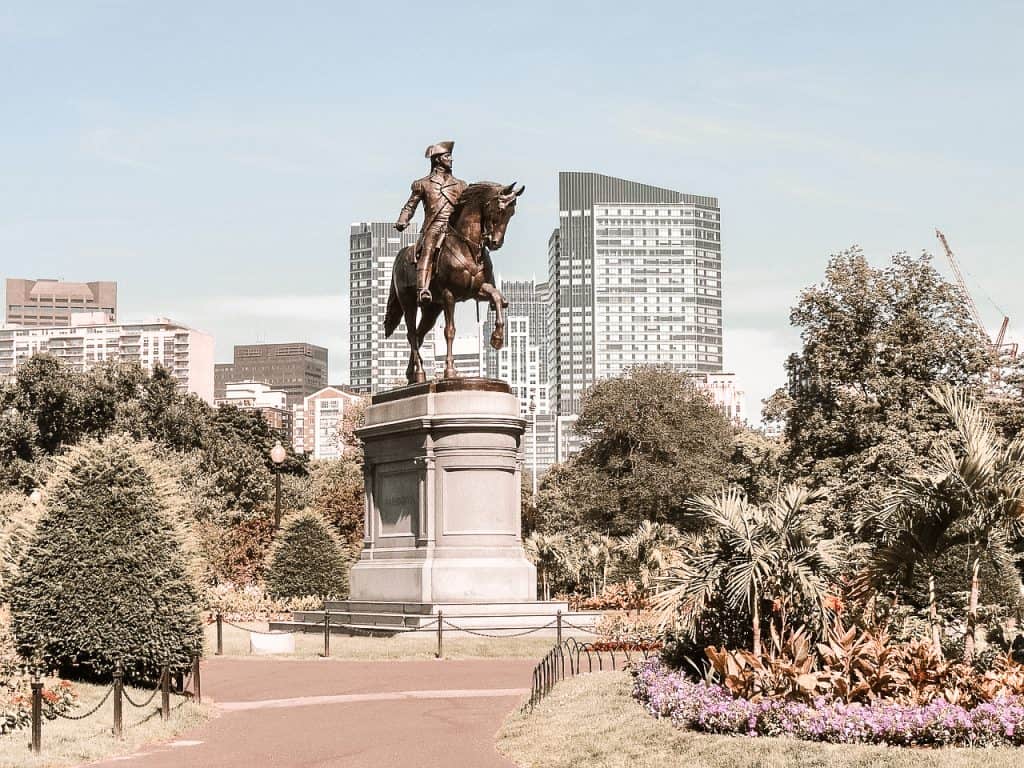 As the name implies, the home was owned by the famous historical figure in the 18th century. In 1800, he sold the home and it evolved over the next century, serving as everything from a boarding house to a business. When the home was in danger of falling into disrepair in 1905, a group of motivated history lovers and descendants of Revere decided to preserve it.

Today you can visit the home and learn more about Paul Revere, his famous ride, and the revolutionary times in which he lived. The home is open year round with a modest admission fee, though the hours do change seasonally and for holidays so checking out the Paul Revere House website as you plan your trip is a good idea. The site also has directions on how to recreate Paul Revere’s ride and follow in his footsteps!

Longfellow House, another National Park Service site was Washington’s Headquarters during the Siege of Boston and the home of Henry Wadsworth Longfellow, a world renowned 19th century American poet. The site interprets both its revolutionary history and its time as home to one of literary history’s greats, in addition to an extensive collection of decorative arts and literature.  The home also features  beautiful formal gardens, and is well worth a stroll in the spring and summer months. 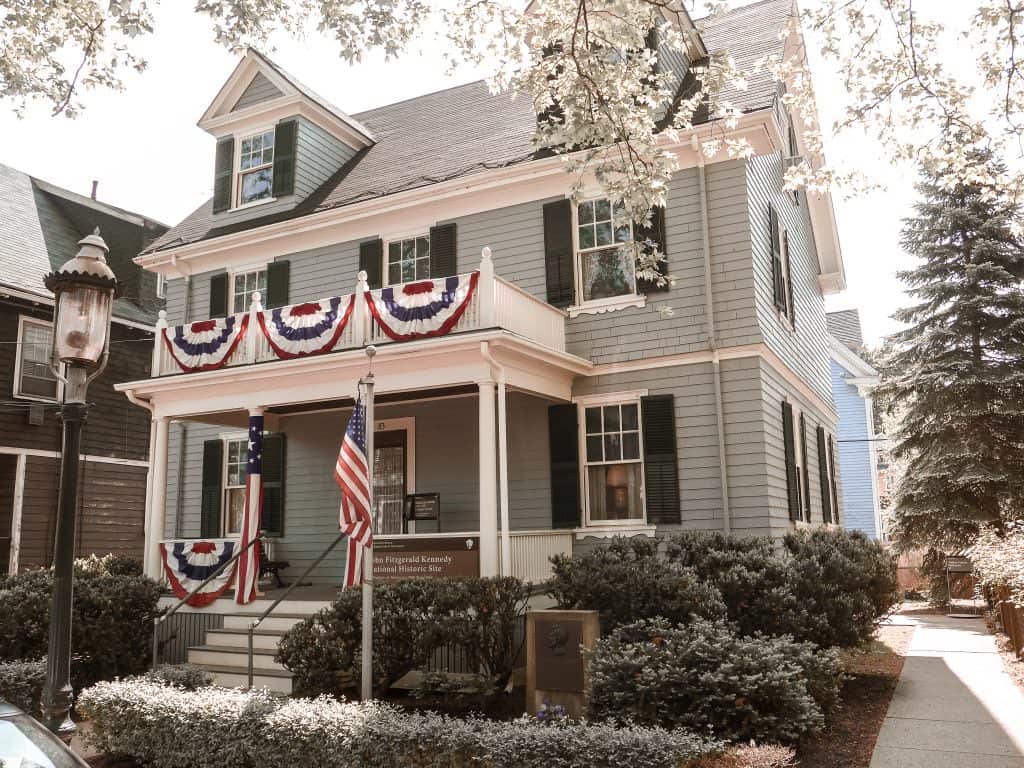 Boston is also home to the birthplace of one of the most famous presidents in American history, John Fitzgerald Kennedy. The Kennedy family gifted the home to the National Park Service in 1969, after JFK’s death.

Kennedy’s mother rose helped to interpret the home to illuminate the early years of Kennedy’s life. The neighborhood also features a walking tour, where visitors can explore local landmarks that were important to the Kennedys including the church and schools he attended. 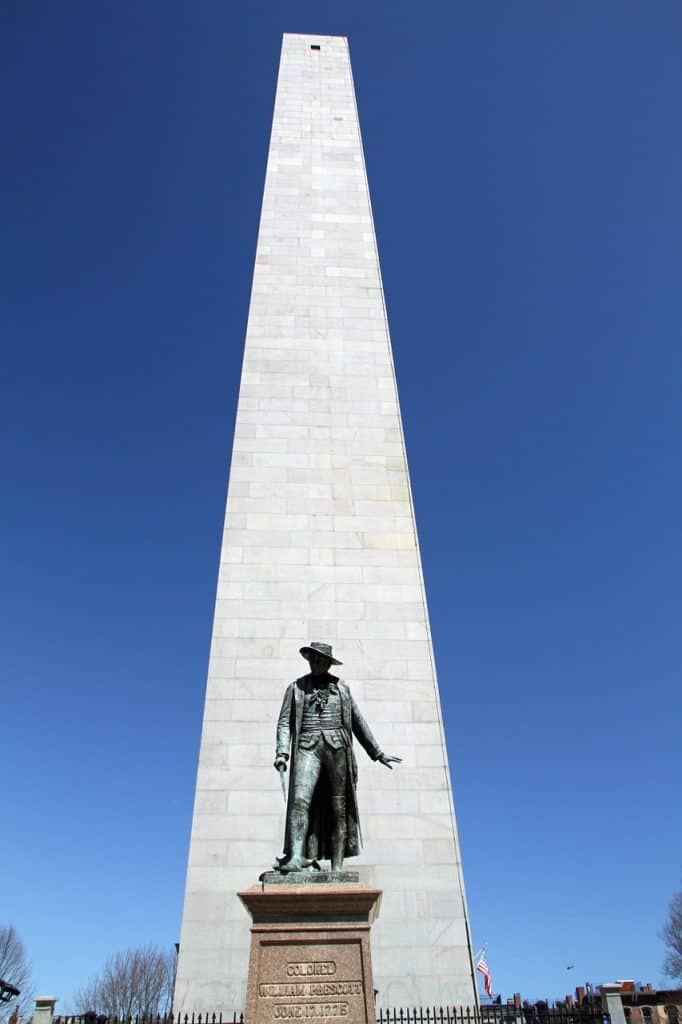 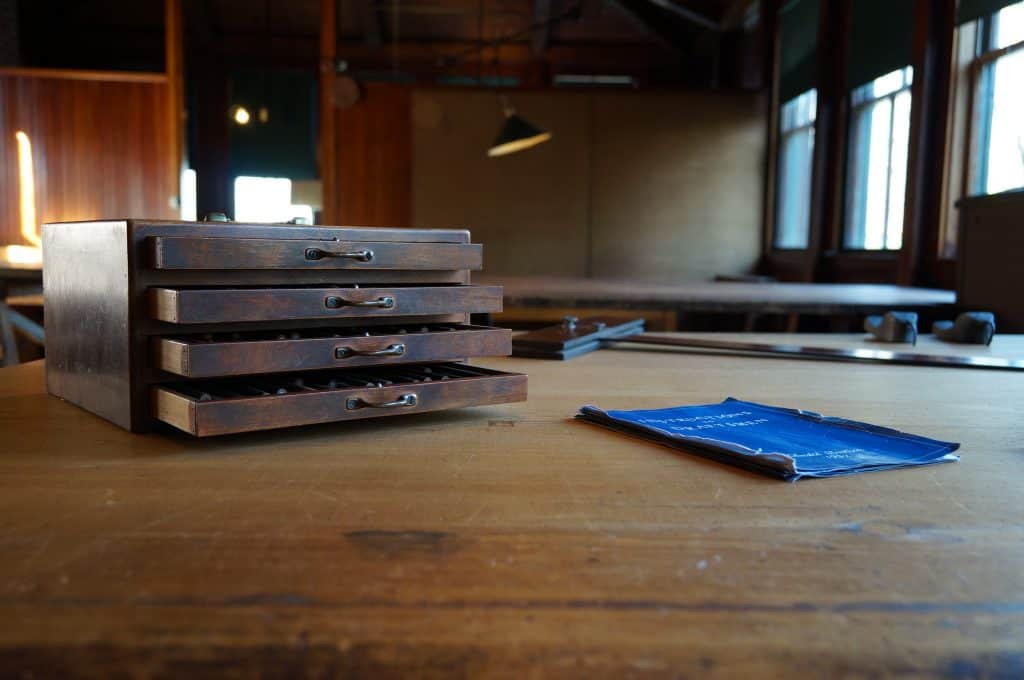 Taking a break Located in the Brookline suburb of Boston is “Fairstead”, Fredrick Law Olmsted’s home and the first professional office for landscape design. Olmsted is recognized as the founder of American landscape design and was noted for the role he played in many American parks. The home is preserved and run by the National Park Service, where they interpret Olmsted’s life and work.

The oldest church in Boston, the Old North Church was also the start of Paul Revere’s famous ride when two church members climbed to the top of the church and lifted lanterns as a side that the British were marching. The ceremony is repeated every year on the April anniversary of the event.

The church is open to visitors throughout the year with changing seasonal hours. The church also features historical and memorial gardens, as well as a chocolate shop fashioned after Captain Jackson’s 18th century chocolate shop in the North End. 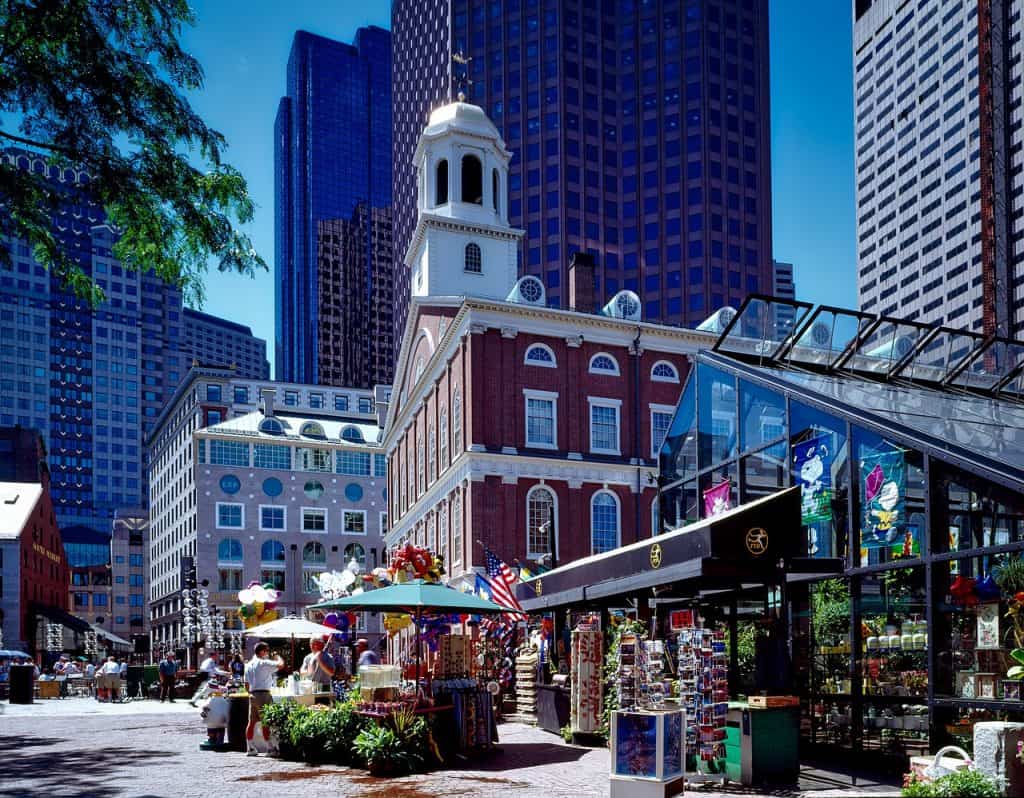 Referred to as the “Cradle of Liberty”, Faneuil Hall served as a meeting place for Bostonians in the 18th century to discuss and debate the civic and social matters of the city and the colony. Discussions about matters which would eventually become central to the American Revolution, like taxation would be handled by local citizens at Fanueil Hall.

The Hall is now preserved by the National Park Services as part of Freedom Trail, and ranger tours of the trail begin at Fanueil Hall.  There are also a number of other programs operated at the hall throughout the year, depending on the season

Another stop on Freedom Trail is the Boston Massacre Site, marked by a small marker made of cobblestones in the ground. It was here in 1770 where five Boston citizens were killed by the British, sparking flames to the already simmering tension between the colonists and their government.

King’s Chapel was the first Anglican congregation in New England.  Originally constructed in 1686, the church now holds an active Unitarian Universalist congregation. Visitors can still take tours of the historic building and visit the burying ground next door, exploring history like the bell made by Paul Revere’s foundry and the evolving 300 year architecture.

The Old South Meeting House is  National Historic Landmark, and most famously, the gathering site for the Boston Tea Party. It held a number of other historic figures and occasions over its more than 200 years of history, including the baptism of Benjamin Franklin and debates that spilled over from Faneuil Hall. Old South Meeting Hall features a museum and also has a yearly reenactment of the Boston Tea Party. Visitors can tour the halls of the historic building and learn more about the act  Britain viewed as treason, one that brought the colonies to the brink of war. 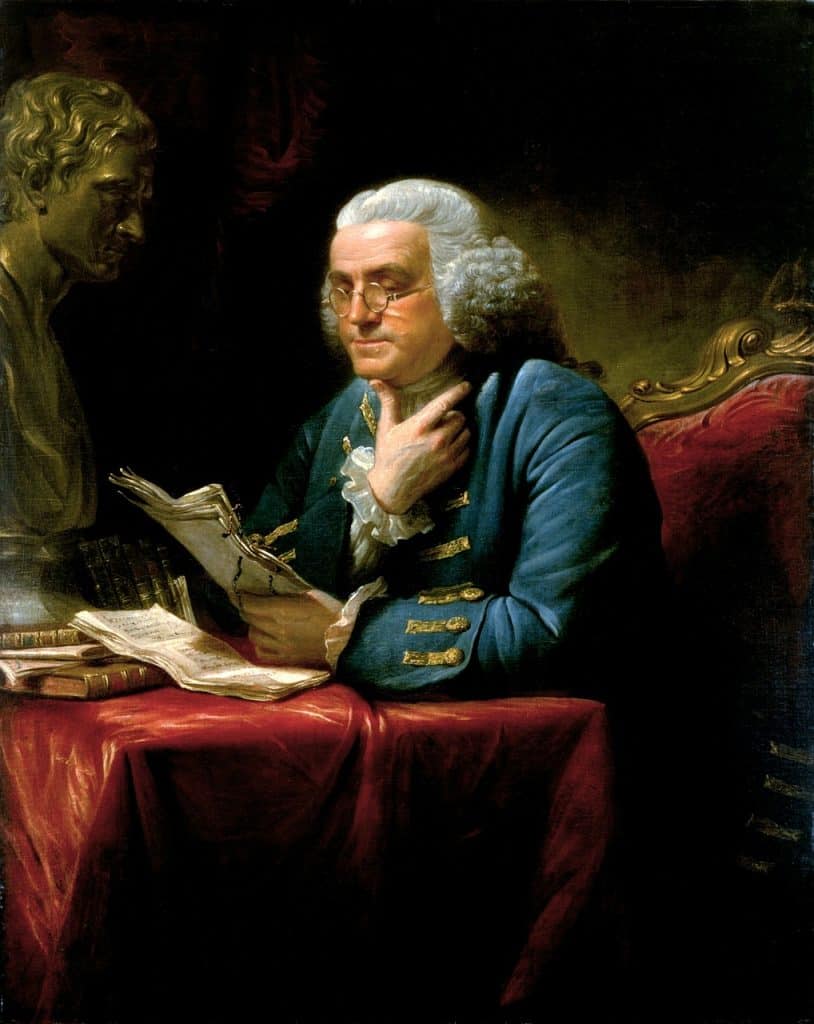 Once you’ve finished visiting the Old South Meeting House, you should take a quick stop to look across Milk Street for another historic site.  Although the original house burned to the ground in the early 19th century, a sign and bust of Benjamin Franklin marks the location of his birth.